Deadline just broke the news that Netflix has acquired the live-action feature film rights to Carmen Sandiego and has tapped none other than ‘Jane The Virgin’ actress Gina Rodriguez to star as the title character.

Rodriguez will also produce Carmen Sandiego through her I Can and I Will productions alongside Kevin Misher and Caroline Fraser who will also produce. Misher’s Misher Films produced Miss Bala.

Last year, Netflix announced a new Carmen Sandiego animated series for 2019 with Rodriguez voicing the title character. A line of books from HMH featuring Carmen will launch in 2019 timed to the series release.

No writers or directors have yet been announced. 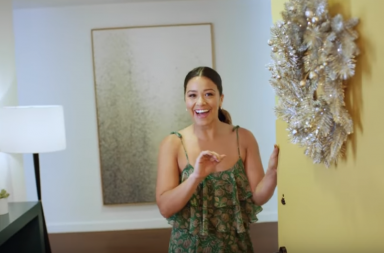