Victory! After tremendous global pressure applied by grassroots organizers that work in the spaces of mass incarceration and ending sexual violence, Governor Bill Haslam of Tennessee has granted Cyntoia Brown clemency, setting an end date to her time served in prison. She will be on parole for a decade, but she will not have to serve a total of 51 years behind bars. 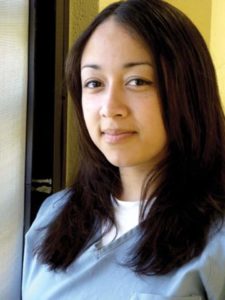 Governor Haslam is not only leaving his post, but he is doing so on the right side of history. All the social posts, calls and emails to the Governor’s office worked. Organizing works. Amplifying the stories of survivors via the #MeTooMVMT and the recently aired docuseries #SurvivingRKelly is also critically important. They educate the masses and reshape public opinion. In the case of Cyntoia Brown, this work has altered the course of her life, and we at Shine My Crown could not be happier for her and her family. May this set a powerful precedent for similar cases, where survivors are no longer punished for exercising agency over their bodies after bring abused, raped, and/or trafficked.

Regina King’s Son Dies by Suicide: ‘He Is Such a...

Oklahoma Mother Denied Housing Because of Her Race, Receives $65,000...

Olympic Fencer, Kamali Thompson, Will Soon Be a Surgeon

USPS to Debut Stamp of Trailblazing Black and Ojibwe Sculptor,...

Ari Lennox Asks to Be Dropped From Her Labels: ‘I’m Done and Tired’ http://dlvr.it/SHjGZf

We’re Calling It: Blackberry Sangria Is Winter’s *It* Color http://dlvr.it/SHjCy7