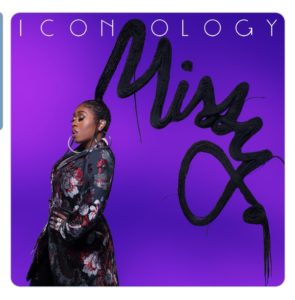 One of our favorite rapper/songwriters is dropping an album entitles Iconology at midnight tonight. She seems to have dropped ‘Misdemeanor’ from her name as well, signing off her announcement about the album via Twitter with Melissa “Missy” Elliott.

The Songwriters Hall of Fame inductee can call herself whatever she wants. We cannot wait for this new music. We don’t know who’s co-producing with her or collaborating on the songs…but we know it will change the music game. Because that is what Missy does, every time.

MTV is conferring the Video Vanguard VMA to Elliott live on Monday, August 26.

Get ready to #ThrowItBack at midnight! Crowns up to Missy for being iconic.

Sheryl Lee Ralph Shows Us She Still Got It with...

How This Black Woman-Owned Digital Platform is Revolutionizing Wellness in the Workplace http://dlvr.it/SZ8Lck