Garcelle Beauvais, the first-ever Black Real Housewives of Beverly Hills cast member, has said that her white peers are paid 1000 percent more than she is.

“But I do feel that so many times, my white counterparts get paid 1,000% more than I do. I know it for sure, and that really sucks. We’re not valued as we should be. I just feel like it’s been happening for a long time, and now I’m not putting up with it. You don’t see my value you don’t get to have me in your project. Simple as that,” she says.

Since the most recent surging of the Black Lives Matter movement, actors and actresses of color have been speaking out against lack of opportunities, pay differences and systematic racism, which continues to immerse the industry.

Last week, Beauvais, 53, spoke about the pressure of being the show’s first Black housewife.

“Did I feel the pressure of being the first Black woman on [‘RHOBH’]? Yes, I definitely felt pressure that people wanted me to come in and do a certain thing or have a chip on my shoulder,” Beauvais said at the time.

“I really didn’t want to be labeled an angry Black woman, because that’s not who I am,” she continued. “I just wanted to stay true to who I am, and I think that’s what people have been able to see so far.” 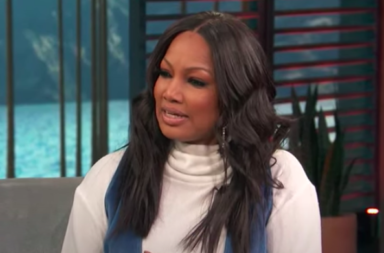