Actress Javicia Leslie has been cast as the new lead for The CW series, Batwoman.

“I am extremely proud to be the first Black actress to play the iconic role of Batwoman on television, and as a bisexual woman, I am honored to join this groundbreaking show which has been such a trailblazer for the LGBTQ+ community,” Leslie said.

Batwoman was portrayed in the first season by actress Ruby Rose, who recently announced that she had quit the role.

“I have made the very difficult decision to not return to ‘Batwoman’ next season. This was not a decision I made lightly as I have the utmost respect for the cast, crew and everyone involved with the show in both Vancouver and in Los Angeles,” the statement from Rose read at the time.

“I am beyond appreciative to Greg Berlanti, Sarah Schechter and Caroline Dries for not only giving me this incredible opportunity, but for welcoming me into the DC universe they have so beautifully created. Thank you Peter Roth and Mark Pedowitz and the teams at Warner Bros. and The CW who put so much into the show and always believed in me. Thank you to everyone who made season one a success – I am truly grateful,” she concluded.

Showrunner Caroline Dries wants to make it clear this Rose’s lesbian character Kate Kane had not been recast.

“As a lesbian who’s been working as a writer for the past fifteen years, I’m well aware of the “Bury Your Gays” trope and I have no interest in participating in it,” she said in a statement to Entertainment Weekly. “That’s why it’s important to me as the showrunner to clarify any misinformation out there about Kate Kane and recasting Batwoman.” 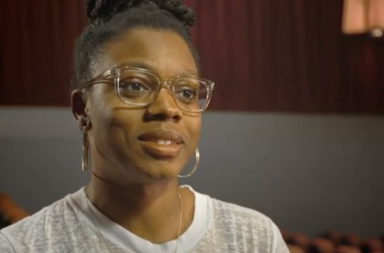