Chewing Gum creator and star Michaela Coel trended on Twitter yesterday (Aug. 23) after revealing that she was sexually assaulted during the production of her award-winning comedy. Despite the incident, Coel still felt pressurized to complete the series.

As she delivered the James MacTaggart Memorial Lecture at the Edinburgh International TV Festival, she detailed the traumatic experience.

“I was working overnight in the [production] company’s offices; I had an episode due at 7 am. I took a break and had a drink with a good friend who was nearby,” said Coel.

“I had a flashback. It turned out I’d been sexually assaulted by strangers. The first people I called after the police, before my own family, were the producers.” Coel continued.

Coel then informed producers about the attack but they seemed conflicted as to what action they should take. Coel was then warned by a member of staff that production company Hare and Tortoise wouldn’t automatically extend her script deadline. She would have to apply for an extension

“Writing felt as though I was cramped in a third of a trailer, a mind overcrowded by flashbacks,” she continued. “I needed to push back the deadline, it was already tight.”

I wasn’t sure how damaging it would be to the company so couldn’t ask… I was lucky, someone was transparent with me: ‘They won’t offer you the break,’ a colleague said, ‘that’s not the way it is, you have to take it.'”

Following the revelations, Channel 4’s Director of Programmes, Ian Katz released a statement on behalf of the company.

“Michaela’s MacTaggart is a powerful and important wake-up call. She has raised vital questions about opportunity, support, transparency, and inclusion that as an industry we must all address with urgency.

She has opened an honest debate about how we ensure that writers and performers, whatever their backgrounds, feel respected and heard. We want an industry that truly celebrates difference and is accessible to all, so broadcasters and producers now need to work in partnership to act on the issues she has raised,” said Katz.

“I’m going to try to be my best; to be transparent; and to play whatever part I can, to help fix this house,” said Coel. “What part will you play?”

Coel has been applauded for creating a dialogue around nurturing and protecting young writers. 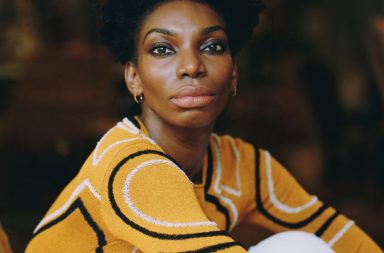