Reginae Carter has responded to the uproar after 50 Cent made a few highly disrespectful statements about Black woman on Young Money Radio — as her father, rapper Lil Wayne, laughed on.

“Look at this angry Black mothafcker, get the fck outta here trying to f*ck up the whole vibe,” 50 said when recounting the backlash he has received over the years for dating outside of his race.

“That sht look a lot different from the sht you see in the neighborhood. That sh*t look like it just came off a boat. It’s something foreign, it’s something you just can’t get,” 50 continued as Wayne laughed and agreed.

Rather than respond to the offensive interview with shade, Reginae hopped on Twitter to share an uplifting message with Black women.

Torrei Hart, the ex-wife of Kevin Hart also had some words for the New York rapper.

“Just because you have a preference doesn’t mean you have to down your lineage or where you come from,” Torrei said in a video posted to Instagram. “I’m so sick and tired of people tryin’ to say that Black women are angry. Black women are bitter. Ain’t nothing bitter about me.” 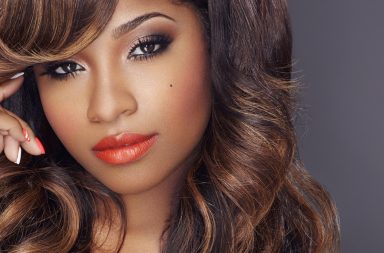