Champion gymnast Simone Biles says that she wept when it was announced that the 2020 Olympics had been postponed until next year.

Biles said she received news of the postponement via text message.

“I really didn’t know what to feel. I just kind of sat there and I cried but ultimately it was the right decision…we need to make sure everyone in the US and around the world is healthy and safe,” Biles told NBC’s Today Show.

“I cried,” Biles said. “But ultimately it was the right decision. We need to make sure that everyone in the U.S. and around the world is healthy and safe.”

For Biles, the postponement means another long year of training ahead. She says that she stays on top of her training via video.

“I’m in contact through text and FaceTime with my coaches so we can figure out what the right decision, our plan moving forward for the next year. But we’re doing more body work: so abs, arms, legs,” she said.

Earlier this month, Biles went viral after she responded to a birthday tweet from USA Gymnastics, calling for an independent investigation.

Biles was one of over 150 women and girls who came forward to accuse former USA Gymnastics doctor Larry Nassar of sexual abuse. Nassar headed faced a judge over the allegations, and in January 2018, he was sentenced to 40 to 125 years in prison. He was also given a 60-year sentence from December 2017 in federal prison on child pornography charges.

Earlier this year, the USA Gymnastics reportedly offered survivors of Nassar’s abuse a $215 million settlement to be divided between the 517 athletes who had sued USAG. 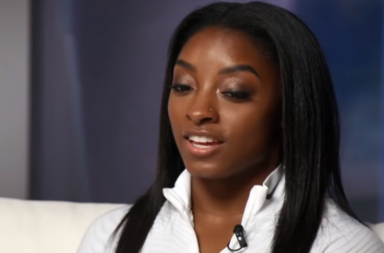 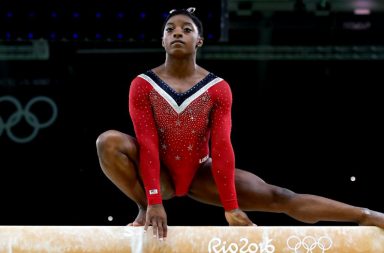 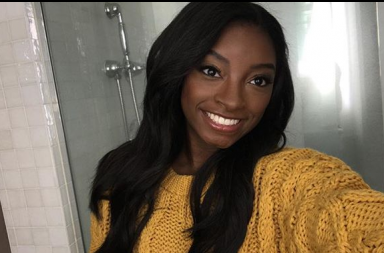