As we await the word on the Abrams-Kemp race for Governor of Georgia, we can celebrate a record number of 100 women elected to Congress–sending 30 women to the House, including a diverse array of America’s population, getting the House closer to matching the percentage of women in the nation. 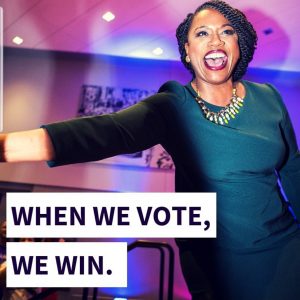 MA Congresswoman-elect Ayanna Pressley with a key message via her IG page.

Among many others who won on November 6, congratulations to:

-Ilhan Omar, Congresswoman-elect of Minnesota’s 5th District and first Somali woman elected to Congress. She is joined by her sister in Islam Rashida Tlaib, who will represent the 13th District in Michigan. 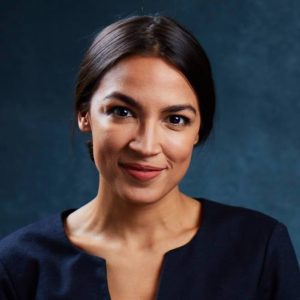 Add to this, the bonus of Democratic control of The House of Representatives potentially placing MUVA Rep. Maxine Waters (D-CA) as Chair of the Financial Services Committee, and we have the makings of Presidential accountability on new levels for 2019.

As for Tuesday’s winners, we cannot wait to see what they all do to right the course of the nation and alter the course of history! Crowns up!

‘A Woman of Faith:’ Tristan Thompson Opens Up for First...

Crystal Renay and Ne-Yo Are Officially Divorced Less than One...

Fantasia Announces She’s Going Back to School After Being Inducted...

‘A Woman of Faith:’ Tristan Thompson Opens Up for First Time Since Sudden Passing of His Mother http://dlvr.it/Sj419X