The Midterm elections are near! Are you registered to vote?

According to an Associated Press analysis, Georgia has an “exact match” law requiring voter information to be identical to other state records, or else the voter is moved to a pending list. The analysis shows 70 percent of those voters with pending status are black. But of the 53,000 voters recently purged through the process, 70 percent are African-Americans, This is the outcome that advocates say shows Kemp is trying to limit the voting power of the heavily Democratic demographic. Kemp has denied purging the voter rolls of people of color, saying the state’s policy amounts to routine roll maintenance.

As secretary of state, Kemp oversees elections in the state.  How convenient for him, considering he is also Abrams’ opponent. AP reports have mentioned that civil rights groups sued Georgia in federal court over its process of verifying new voter registrations, saying it was discriminatory.

Abrams, who is seeking to become the state’s first Black and female governor, quickly clarified after the debate that she was not encouraging anyone to vote illegally. Kemp antagonized her in the hour-long debate; polls show this race is neck and neck. Comedian and actor Will Ferrell took to the streets to canvas door-to-door for Abrams this week.

“Voter suppression isn’t only about blocking the vote,” Abrams said during the debate, which was broadcast by Georgia Public Broadcasting and the Atlanta Press Club. “It is also about creating an atmosphere of fear, making sure their votes won’t count.”

This midterm election is so crucial, not just to the Black community, but to everyone.  Your vote counts…but only if you cast it. Make sure to vote on November 6. 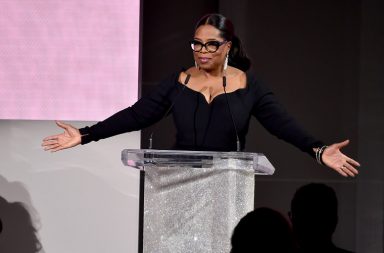