Indian medical student, Manushi Chhillar, has been crowned Miss World 2017. Chhillar’s win makes her the sixth Miss India to nab the title, making her India the most successful in the beauty pageant’s history, tying only with Venezuela.

20-year-old Chhillar has already faced her first test as the new Miss World, after shutting down a potentially controversial situation. Congress leader, Shashi Tharoor posted a tweet in which he referred her as “chillar”, which means small change.

Twitter was not happy with Tharoor’s perceived shade, but the new Miss World handled the situation with class, responding,

Exactly @vineetjaintimes agree with you on this. A girl who has just won the World isn’t going to be upset over a tongue-in-cheek remark. ‘Chillar’ talk is just small change – let’s not forget the ‘chill’ within Chhillar 🙂 @ShashiTharoor https://t.co/L5gqMf8hfi

Now that’s the way you shut a hater down!

Manushi is currently studying for a Bachelor’s Degree in Medicine and Surgery. She has ambitions to be a Cardiac Surgeon and would like to open a chain of non-profitable hospitals based in rural areas. Manushi has a passion for outdoor sports and actively participates in paragliding, bungee jumping, snorkeling and scuba diving. She is a trained Indian Classical dancer and enjoys sketching and painting, according to the Miss World website.

Thank you everyone for all your love and support #MissWorld2017 @manushi_chhillar

Her personal motto is: “When you cease to dream you cease to live.’ ‘Courage to give flight to your dreams and the ability to believe in yourself makes life worth living.” 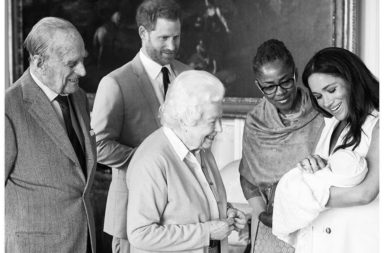