Earlier this week, the Trump administration on Monday revealed their new proposals in a bid to make schools safer. The proposals included a plan to have the Department of Justice partner with state and local law enforcement to provide school personnel with voluntary firearm training.

But is having more guns the answer? Especially in schools? We don’t think it is. And Senator Kamala Harris doesn’t seem to think it is the answer either.

. Young people, these leaders, are making it very clear it’s a false choice to suggest you’re either in favor of the Second Amendment or you want to take everyone’s guns away… And right now, what we need is we need to have common sense gun safety laws in our country… I don’t know what we’re waiting for. We don’t need any more tragedies.”

She received applause for her speech. We hope that Trump and his administration are listening and paying attention – but we will not hold our breath. 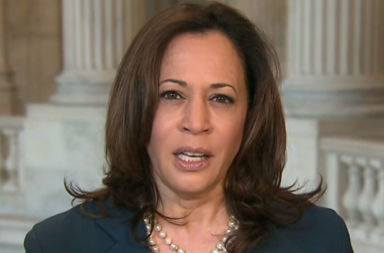