According to reports, the ‘Queen of Soul’ passed away Detroit on Thursday, Aug. 8th surrounded by family and friends after a lengthy battle with pancreatic cancer. She was 76 at the time of her death.

Franklin was born March 25, 1942, in Memphis, Tennessee and began her career as a child singing gospel at her father’s church – New Bethel Baptist Church in Detroit, where her father. Although her roots were in gospel, at signed Columbia Records and later with Atlantic Records in 1967 where she traveled down a secular path.

Franklin’s biggest hits included “Respect”, “(You Make Me Feel Like) A Natural Woman”, “Spanish Harlem” and “Think” and earned the titled “Queen of Soul” in the 60’s. “Respect” would later become an anthem for the civil rights movement and even toured with Dr. Martin Luther King Jr.

“Hopefully the music has been uplifting and supporting. A spiritual stronghold for people who need that and people who don’t know anything about the church and the Lord. I’m very appreciative of all of the awards I’ve been given. People don’t have to give you anything, so I absolutely appreciate that. Hopefully, I have presented myself on a level that any young lady would be delighted to follow” she said of her legacy during an interview with Ebony magazine in 2013.

Franklin sang at President Barack Obama’s 2009 inauguration and in 2015 brought him to tears at the Kennedy Center Honors when she sang “(You Make Me Feel Like) A Natural Woman” while honoring Carole King. Franklin was actually the youngest ever honoree when she collected her award in 1994, during Bill Clinton’s presidency.

Long live the Queen of Soul! 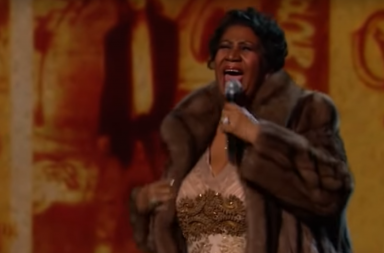 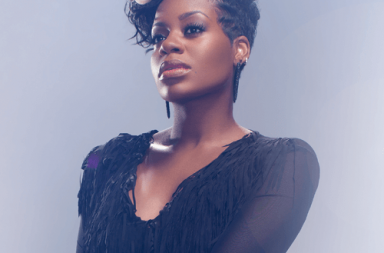