PBS journalist Yamiche Alcindor has responded to President Donald Trump after he continued his vendetta against her on social media.

Trump referred to Alcindor as a “very biased journalist” for daring to ask him a question during one of his rambling COVID-19 new conferences at the White House.

We all know that the president hates to be questioned by women — more specifically, Black women.

“Mr. President @realDonaldTrump, I’ve asked you fair & relevant questions on your evolving approach & rhetoric regarding coronavirus. For example, last Sun., I asked: “You’ve said some governors don’t need the equipment they’re requesting. How might that impact your decisions?” Alcindor wrote in her first in a series of tweets.

“You denied saying that & said: “Be nice.” Yet days before on Fox News, you said, “I don’t believe you need 40,000 or 30,000 ventilators.” You have since repeated that sentiment. Yesterday, you said of states: “Sometimes when they know they don’t need it they want it anyway,” she continued, before concluding:

“Now, there are more than 328,000 confirmed U.S. coronavirus cases & more than 9,300 people have died. You have said the next two weeks will be the toughest. I welcome you to come on PBS NewsHour for an interview on your administration’s response & how Americans can stay safe,” Alcindor concluded her 3-part response.

Trump is facing increasing pressure since over his lackadaisical response to the outbreak. At first, he waved the pandemic off with comparisons to the flu before he changed his tune last week.

Since January, health authorities have identified more than 337,000 COVID-19 cases throughout the United States, with more than 9,600 deaths reported.

The American people are certainly owed answers but if you’re a Black woman, no matter how reasonable your question — the president will almost always respond with venom and hostility.

Here are just a few of the times Trump has attacked Alcindor below. 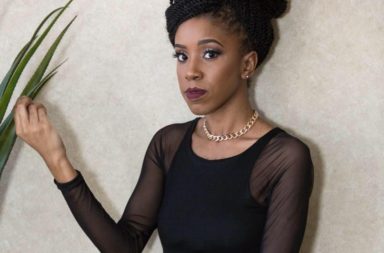