It’s no secret that Nicki Minaj is one of the most successful female artists in hip-hop to date. The platinum-selling artist made history earlier this year as she broke Aretha Franklin’s record for having the most Billboard Hot 100 singles by a female. Along with breaking records, she’s also created an empire by having her own clothing line, cosmetic line, and a plethora of other things that make the Queens native pretty iconic.

During her interview with XXL, Minaj reflected on her role in hip-hop all while praising other rappers who have influenced her ,including Lil Wayne,The Notorious B.I.G., Tupac Shakur, JAY-Z, Foxy Brown, Nas, Lauryn Hill, Eminem, Slick Rick, Doug E. Fresh, Salt-N-Pepa, Snoop Dogg, Eazy-E, and Ice Cube. She’s also made a point about how her own success has become influential for others. “My role in hip-hop has been super unique because when my first album came out, there had been so much time where there wasn’t a female rap album out that went platinum,” she said.

“There wasn’t a big female rap presence right before I got in. So, my role was reintroducing the female rapper to pop culture. I aligned myself with a lot of brands and I was able to show that a female rapper can sell products. Whether it was the makeup, the lipsticks, whether it was the nail polish, headphones or anything like that. It just said, ‘You know what? We were overlooking female rappers for a long time.’ I don’t think we got that much credit. I think female rappers have always been dope and influential, but I think I sort of came in at a time where big business was paying attention, so I was able to capitalize off of a lot of deals and business ventures.”

Now there’s no denying that Nicki Minaj is heading on the track to legendary status, but it seems as though Nicki may be discrediting those who have come before her. There’s been plenty of female rappers before her who have had lots of success not only in music but also television, film, and in the fashion world. There have also been lots of female rappers who have had huge male acts cosigning them.

Let’s take Lil Kim and Foxy Brown, for example. They both came out during a time when femcees were in their prime and they’ve both had huge male rappers backing them up. Foxy Brown’s debut album Ill Na Na featured Jay-Z, Method Man, and Havoc, who were all huge acts at the time as well as Lil Kim who has worked with Jay-Z and The Notorious B.I.G, all legends in their own right.

As far as business, the “Rake It Up” rapper isn’t the first female rapper to venture off and dominate other areas in entertainment either. Back in the day, Eve, the first lady of Ruff Ryders, a thriving clothing line Fetish as well as having her popular, self-titled television show.

I’m not knocking Nicki’s success. Her role in hip-hop is far-reaching. I’m just stating that Nicki isn’t the only female rapper to have success outside of music. One thing I can say is that she did add on to the legacy of women in hip-hop. For that, we will be forever thankful!

Check out Nicki Minaj’s interview with XXL below. 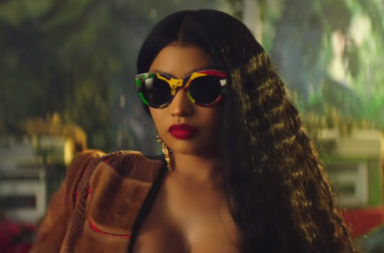 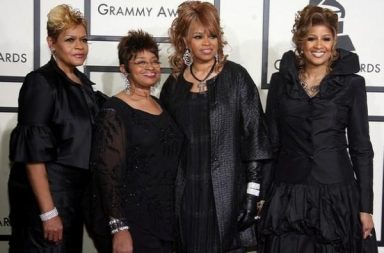