Last weekend, Migos member Offset, the adulterous husband of multiplatinum artist and Grammy nominee Cardi B, showed up to his estranged wife’s job after she ask for space and time to consider her relationship. Immediately, this was called a PR stunt and a romantic gesture, with celebrities advising Cardi to take Offset back, but not demanding Offset be accountable for his choice to forsake his marital vows for casual, extramarital sex. Fortunately, it was also identified as workplace harassment and the exhibition of selfish, narcissistic behavior on the part of Offset. Women need to recognize these signs before marriage or committed partnerships–and this couple is giving a painfully public tutorial on the impact that the actions of one can have on others. 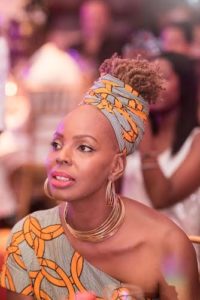 Playwright, journalist, lecturer and creator of ‘Emotional Justice’ Esther Armah penned an open letter to both Offset and Cardi. The laserlike analysis of”emotional patriarchy”–what Armah calls the behavior Offset and scores of men exhibit when things don’t go their way in relationships–was worth reprinting. Share it with the men in your lives. The truth is, instead of the world echoing that Cardi take Offset back…there is value in telling him not to cheat on his wife after the birth of their infant daughter. Relationships take two people who take responsibility for their commitment and their actions seriously. Cardi warned Offset in her song “Be Careful”. We’ll see if Offset figures out that these attempts to get what he wants aren’t how this works. What about what his wronged spouse wants and deserves? What about emotional justice? We’re watching this story as it develops.

Read the letter in its entirety below.

An Open Letter to Offset

We don’t know each other.
I just watched a video of you, flowers in hand, on stage where your wife and the mother of
your child, Cardi B, was headlining the festival Rolling Loud.
I can’t imagine how excited and nervous she might have been. Or how much work went into
every number, the costumes, the rehearsal, the music to get that night right for her and her
band. This is something she had worked so hard for.

The world though is not talking about that.

You came on stage. There was a huge sign with the words “TAKE ME BACK”; you wore a
suit, your hair in braids and you took the mic. You told her “bruh, I’m sorry, I luh you.” I
watched Cardi watch you. She seemed confused as her set disintegrated around her, and her
work was replaced by your gestures. I heard the audience applaud and cheer. I saw the huge
letters “TAKE ME BACK” now drown out her set, her stage, her performance, her moment,
her shine and her light to be replaced by your words, your body, your gesture, your “apology”.
You. That is who so many are talking about right now.

Your brothers from the world of hip hop are saying she should take you back. You are all
over social media saying you want her back.
This is not about whether she does or doesn’t. That is her choice and her decision.
You say you love her. I hear you. I want to ask you about how you love her.
What you did is called ’emotional patriarchy’. That is what I call it. It is when a man
privileges and centres his feelings; his needs, hurts, sadness, pain, behaviour over and above
everything else. It is when he says words and takes actions that are only about him and do not
in any way recognise, centre or honour her. It is expecting that his actions should be met by
affection, attention and applause – that his actions get a result and a reward. The one that he
wants and needs.

Emotional patriarchy is public demonstration. Maybe what is needed is intimate revolution.
That is where you do your own emotional labor and don’t require that she do it for you. That
is one way to love her.

No judgment, we all have those spaces. They don’t ask. They demand. Like you demand.
Emotional patriarchy means your need must be answered even if that means her sacrifice;
one that hurts and harms her.

Can you talk about how you love her? Not that you love her – you have said that. On stage,
on Instagram, on Twitter and beyond.

Ashanti to Receive a Star on the Hollywood Walk of...

Nivea Says R. Kelly Tried to Talk to Her When...

Retweet on TwitterShine My Crown Retweeted